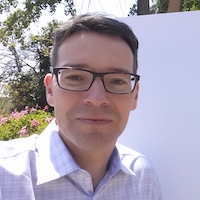 The NASA funding will supplement funding from The Planetary Society to build our SETI citizen science platform.

Thanks to a grant from The Planetary Society, we will be launching a collaboration with citizen scientists to identify the most promising candidate signals in our data. We are thrilled and grateful to partner with The Planetary Society in this effort. Follow the links to the video, text, and podcast announcements.

We applied our algorightm to ~40 million signals from searches that covered ~30,000 stars. Our results are published in the Astronomical Journal.

We provided improved diameter and albedo estimates for 4420 asteroids. Our article will appear in the Planetary Science Journal.

It was a pleasure to work with Dr. Paul Pinchuk, whose work was both impactful and excellent. Paul became one of only about a dozen people ever to complete a PhD dissertation in the SETI field.

I was at the GBT for the first science observations in 2001 and gave a talk (slides) about the radar discoveries enabled by the GBT.

Our radar measurements obtained between 2006 and 2020 reveal fundamental properties of Venus, including its length of day, spin axis orientation and precession, moment of inertia, and amplitude of length-of-day variations.

It's hard to imagine our planet without Arecibo. I was a postdoc at Arecibo for two years and it had a crucial impact on my scientific and personal growth. The Observatory leaves behind a remarkable scientific legacy. One of my four current NASA grants involves Arecibo observations and includes a backup plan to analyze some of the hundreds of archival data sets, many of which still await publication.

Join the UCLA SETI Group to search for technosignatures (2020 Nov. 26)

Please read about an opportunity for existing or prospective graduate students.

Our group receives a NASA grant to search for technosignatures (2020 Nov. 9)

The three-year award will fund primarily a graduate student to conduct a search for signs of technology around other stars.

In March 2020, we published a detection of a non-gravitational force that affects the trajectory of Apophis. We presented these results at the Apophis T-9 years workshop.

The Heising-Simons Foundation supports an excellent fellowship program. Please reach out if you would like to join UCLA's planetary astronomy group.

Enrollment in our astrobiology course is typically limited to 440 due to the size of the auditorium.

See how we adapted to online instruction.

Our large-scale study enables important inferences about a non-gravitational influence known as the Yarkovsky effect, including comparisons to theoretical predictions and calculation of the efficiency with which solar energy is converted into orbital energy.

I have been measuring the spin states of Europa and Ganymede to determine ice shell and interior structure properties. Opportunities for observations are rare, and regrettably the 2019 opportunity is lost due to a failure of the radar transmitter system.

Since 2016, I have been teaching a SETI course for undergraduate and graduate students. This year, we observed 16 solar-type stars in the galactic plane with the Green Bank Telescope. Details are available in our newsletter.

Approximately 600 white papers have been submitted to the Astronomy and Astrophysics decadal survey. I wrote a paper with SETI colleagues on the radio search for technosignatures.

We used the Goldstone Solar System Radar and the Green Bank Telescope to address fundamental questions about the interior and atmosphere of Venus. You can read a description of the goals and status of our observations.

Results of our search for technosignatures in TRAPPIST-1 and other planetary systems (2019 Jan. 21)

UCLA graduate student Paul Pinchuk is the lead author of the Astronomical Journal article that describes our search results.

I described the search for biosignatures and technosignatures at the historic Mount Wilson Observatory. An earlier version of my talk is available on YouTube (30 min. talk, 25 min. Q&A).

UCLA students conducted these observations as part of our SETI course. Details are available in our newsletter.

A search for technosignatures in the Kepler field (2018 Mar. 30)

The report of our search for evidence of another civilization has been published in the Astronomical Journal. The search was conducted by UCLA undergraduate and graduate students as part of our SETI course.

What can we learn with a gravity science investigation on NASA's Europa Clipper? (2018 Jan. 30)

The solid body tides on Jupiter's moon Europa could be as high as 30 m (100 ft) and cause detectable change of Europa's gravity field. UCLA postdoc Ashok Verma and I quantified what Clipper can measure.

Kevin Lu created a two-minute video that describes the learning experience and intellectual adventure provided by our SETI course.

For more than ten years, our group has been measuring the distances to near-Earth asteroids in order to test general relativity. Our recent article in the Astrophysical Journal quantifies the accuracy that we can reach in the next five years.

Check out our review chapter about Mercury's interior structure. It will appear soon in a book edited by Sean Solomon, Brian Anderson, and Larry Nittler. Made available to you free of charge courtesy of UC Open Access policies.

We used the Green Bank Telescope as part of the UCLA SETI course. Our latest newsletter describes how the students selected the sources and how they will analyze the data.

Former graduate students Julia Fang (PhD 2013) and Shantanu Naidu (PhD 2015) were both recognized by the International Astronomical Union with an asteroid named in their honor: (11460) Juliafang and (11468) Shantanunaidu. They join (8801) Nugent and (9286) Patricktaylor.

Postdoc Ashok Verma and I are tasked with refining measurement requirements for NASA's Clipper mission under the subcontract "Europa Mission Geophysics Measurement Requirements".

Characterization of 1566 Icarus, the first asteroid ever observed with radar (2016 Dec. 23)

UCLA graduate student Adam H. Greenberg has completed a detailed study of 1566 Icarus on the basis of our radar observations. The asteroid has unusual scattering properties and its orbit shrinks because of sunlight.

Ten years ago the Astronomical community defined what it takes to be a planet. Most people have easily adjusted. Also available in Spanish.

Our observations of 14 exoplanets with the Green Bank Telescope were very successful. A description with photos is available in our newsletter.

I used the orbit-clearing criterion that I developed last year to show that a body with the characteristics of Planet Nine would pass the planet test.

I proposed a quantitative criterion for defining planets that applies to the solar system and to planetary systems around other stars. The proposal is published in the Astronomical Journal. Explanation at the LA Times.

Imagine what we could learn if we detected signals from an advanced civilization. Find out how you can get involved.

The journal Biology Letters published the extraordinary claim of a lunar influence on pollination on the basis of 3 data points. My independent analysis, published in the Journal of Biological Rhythms, suggests the strong possibility of a spurious correlation.

The Gravity Science Working Group for NASA's Europa mission will provide recommendations related to gravity science investigations. I am excited to be part of the group.

The Search for Extraterrestrial Intelligence encapsulates some of the most important scientific questions that humans have ever asked. This new course will convey fundamentals in telecommunications, signal processing, computer science, and statistics in the context of SETI.

We anticipated obtaining superb images of the asteroid Icarus with the Arecibo Planetary Radar, but encountered multiple hardware problems. We posted a description and photos of our observing campaign.

Every 10 years or so, the asteroid community writes a big book that summarizes the state of knowledge in the field. Our chapter is entitled "Asteroid Systems: Binaries, Triples, and Pairs".

I reanalyzed a pervasive, erroneous belief and reaffirmed the conclusion that the Moon does not influence the timing of hospital admissions or human births.

The MESSENGER team is writing a book that summarizes our current knowledge of Mercury. I am writing the chapter "Internal Structure" (with Peale, Hauck, Mazarico, Padovan).

We spoke about his background, NASA as a federal agency, NASA's mission, the space program, asteroids, orbital debris, Europa, and medical developments. A one-hour video is available online.

The astronomical alignments of ancient structures is a fascinating branch of archeoastronomy. On the days surrounding the winter solstice, I witnessed our enduring fascination with celestial bodies in Santa Monica.

To prepare for a CNN interview, I collected some thoughts about the realism of the science portrayed in "Gravity".

Radar astronomy plays a critical role in assessing and mitigating the risk associated with asteroid impacts. My 4-minute presentation for the 2013 Planetary Defense Conference is available on YouTube .

Planetary systems living on the edge of stability (2013 Feb. 28)

A large fraction of planetary systems are full: if you throw one more planet into the mix, the whole thing goes unstable. For details, read our paper published in the Astrophysical Journal.

The paper describes the results of our radar observations of a large near-Earth asteroid. Our measurements enable reliable trajectory predictions in the interval 460-2813, indicating that the asteroid poses no danger to Earth in the next 8 centuries.

A 14 minute video of my presentation at the Nov 15 UCLA-Mindshare event is now available on YouTube.

Moments of inertia of the terrestrial planets: one down, one more to go (2012 Nov. 5)

With bulk density, the moment of inertia is the most important quantity needed to understand the composition and interior structure of a planet. Our paper provides the moment of inertia of Mercury by combining 10 years of spin state observations and MESSENGER gravity data. Values for Mercury, Earth, and Mars are now know. The value for Venus has never been measured, but we are working on it.

We studied the properties of planetary systems discovered around 1,790 stars and figured out how many planets there are and how inclined their orbits are. It turns out that our solar system is quite consistent with the majority of planetary systems out there. Our findings have been published in the Astrophysical Journal.

Large scale study of the effect of sunlight on asteroid orbits (2012 Apr. 26)

We have identified and quantified changes in the orbits of 54 Near-Earth Asteroids due to the effect of sunlight. Understanding this effect is important as it represents the biggest source of uncertainty in trajectory predictions of potentially hazardous asteroids. Our paper in the Astronomical Journal is available here.

At least 8 planetary systems discovered by the Kepler mission, and possibly many more, are likely to harbor additional, yet-to-be discovered planets. Our paper, Predicting Planets in Kepler Multi-Planet Systems, appeared in the Astrophysical Journal.

Observations of the Galilean satellites (2011 Oct. 22)

We are measuring the spin states of Europa and Ganymede with the goals of quantifying tilts in spin axes and oscillations in spin rates. These measurements can inform us about the interior structures, geological processes, and astrobiological potential of these icy moons .

To help my colleagues and I keep track of MESSENGER's position in its orbit around Mercury, I wrote a small application for smart phones.

Instruments aboard MESSENGER are returning a wealth of new data about the enigmatic planet Mercury. My role on the Science Team is to combine spacecraft and ground-based data (gravity, topography, dynamics) to characterize the interior of the planet.

A special session at the 214th meeting of the American Astronomical Society in Pasadena, CA was devoted to "Planet Classification in the 21st Century". My presentation can be downloaded here.

Radar and optical observations of asteroid (54509) YORP provided the first direct observational evidence that sunlight modifies the spin of asteroids.

Successful observations at Arecibo Observatory provided precise range measurements to the asteroid 2000 BD19, which comes very close to the Sun (the closest approach distance is only 20 times the radius of the Sun). The asteroid's orbit is perturbed by general relativity and the non-spherical shape of the Sun.