Although Planet Nine has not been detected, many people have asked whether it would qualify as a planet. The theoretical estimates of the orbit and mass of the putative planet (Batygin and Brown 2016, Batygin et al. 2019, Brown and Batygin 2021) indicate that Planet Nine satisfies a quantitative criterion for orbit-clearing (Margot 2015). According to this criterion, Planet Nine will qualify as a planet, if and when it is detected.

Batygin et al. 2019 suggested that the putative planet is 5-10 Earth masses and resides 400-800 astronomical units from the Sun. The lowest Pi value for this range is 2.2, almost 100 times larger than Pluto's Pi value. 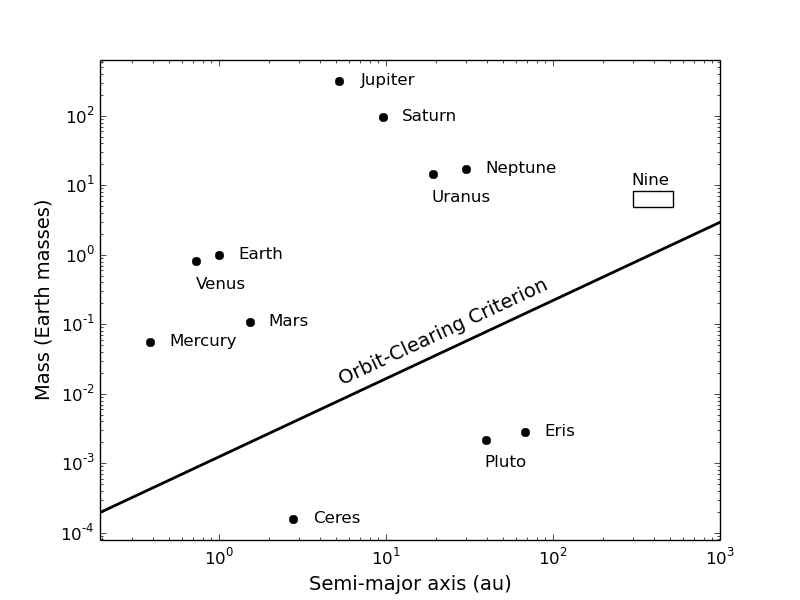